Hi Jill! Thanks for joining me here to talk about a few of your 2016 titles!

Tell us a little bit about Teeny Tiny Toady.

First of all, I want to give a shout out to illustrator Keika Yamaguchi. The way she brought Teeny’s verdant world to life still makes my jaw drop. And her toady characters are so unique and comical. 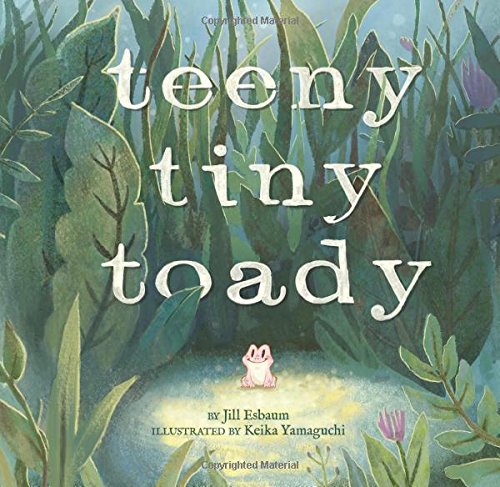 The story:  Teeny and her mama are out for a walk together when someone snatches Mama and drops her into a bucket. Ack! Teeny knows she’s too little and weak to rescue Mama, so she races home to enlist the help of her seven big, strong brothers. They quickly take over the entire operation, ignoring Teeny’s hesitant suggestions in favor of their own harebrained schemes. Eventually they, too, fall into the bucket, and there’s nobody left to rescue the entire family – except one teeny. tiny. toady. The book got a starred review from Kirkus, whose reviewer finished with:  “A triumphant reaffirmation of the truth that large hearts can beat in small chests, told in playful verse that gallops along with nary a stumble.” Pretty sure I won’t get tired of reading that.

Tell us a little bit more about If A T. Rex Crashes Your Birthday Party.

If a T. rex crashed your birthday party, would you know what to expect? Hints:  He makes a bouncy castle super fun, except …10 inch toenails. He stinks at swinging at a piñata (those little arms, you know). And pin the tail on the dino? That drives him WILD. But by the end of the day, you may be surprised that… sorry, no spoilers. The book comes out in August, but is available for preorder now.

You’re from Iowa, like me! What’s your favorite thing about living in the great state of Iowa?

There are many, many places I love to visit, but my roots are firmly embedded on this eastern Iowa farm, where I look out in all directions to see green, rolling fields (and trees. I need trees). I wouldn’t trade the serenity of that (or my covered back deck) for anything. I know it wouldn’t be everyone’s cup of tea, but wide open spaces feed my soul. That said, I am thankful to live only 20 minutes from civilization and shopping.  😉

Have you always been into writing?

I was as a kid, but then I forgot about it for almost 30 years. Besides, books weren’t written by normal people, right? It was reading to my own kiddos that rekindled my passion for storycrafting. Man, was my imagination rusty!

What was your first book? Did you ever imagine when it was published that you’d be where you are now?

My first book was Stink Soup (FSG, 2004), illustrated by Roger Roth. After a first book is accepted, all you want is to sell another – confirmation that the first wasn’t a fluke. No way could I predict I’d be sitting here in 2016 with nearly 35 books published or in the pipeline. 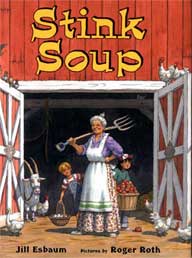 What’s the coolest part of your job?

Hmm. I think the coolest part of my job is recognizing and chasing down the wisp of an idea, pulling it from deep in my noggin before it disappears. Then, if I’m diligent about developing it and lucky, seeing it finished as the gorgeous, fully-illustrated art form that is a picture book. Lots of work, but so worth it.

Huh. I’ve just realized that I describe this process in Teeny Tiny Toady, when she has to come up with a plan for saving her family:  “Teeny shivered as the wind picked up and blew across the pond./As she watched it flutter lily pads and everything beyond,/an idea fluttered deep inside her warty little head/till she chased it round and pinned it down./‘I’ve got it!’ Teeny said.”

Teeny is me, apparently. Minus the warty head.

What is one thing that readers don’t know about you, that only you could tell us?

I didn’t drink coffee until a year and a half ago, when a friend who owns a coffee shop talked me into trying a latte. I was immediately hooked. On lattes. I still can’t drink actual, hard-core coffee. I blow through a lot of French Vanilla creamer.

If you weren’t writing books, what do you think you’d be doing?

Working in a school in some capacity. I’d have to be around kids. That’s why I love school visits so much. Talking with 200 kids in a gym or 20 kids in a classroom gives me a charge like nothing else. 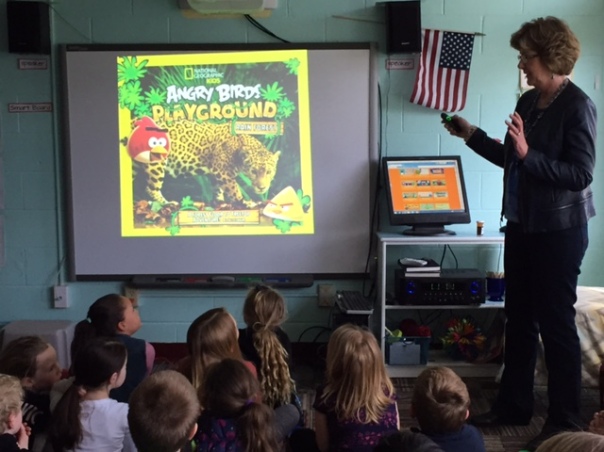 What can readers expect from you in the future?

More picture books and nonfiction, and I’m working on a middle grade novel that I’ve put off for too long. Here’s a scoop:  I’ve recently learned that my next picture book with Dial, How To Grow a Dinosaur, will be illustrated by Mike Boldt (I Don’t Want To Be a Frog, etc.). Woo-hoo!

If, like me, you’re addicted to picture books, don’t miss my group blog, Picture Book Builders, at www.picturebookbuilders.com